Majestic waterfalls, blankets of snow and dominating granite mountains are why Yosemite National Park is an unforgettable natural phenomenon.
First protected in 1864, Yosemite National Park has plenty to enjoy. From its waterfalls to its deep valleys and from its meadows to its ancient giant sequoias, the park is a must visit for any nature lover, climber or keen walker.

Nearly 1,200 square miles, the iconic park is home to not only the El Capitan and Half Dome mountains but also a huge mass of wildlife, from American Black Bears to Bobcats and Coyotes.

Located in the western Sierra Nevada of Central California, Yosemite varies in elevation from 2,000 feet to over 13,000 feet meaning weather in the Sierra Nevada can change at any time.

Springtime in the park means visitors can enjoy the waterfalls and relatively warm days, while Winter brings deep snow and chilly climes.

There are various options if you want to stay in or near the park overnight. All five park entrances have lodging nearby, from full-service resorts to vacation rentals. 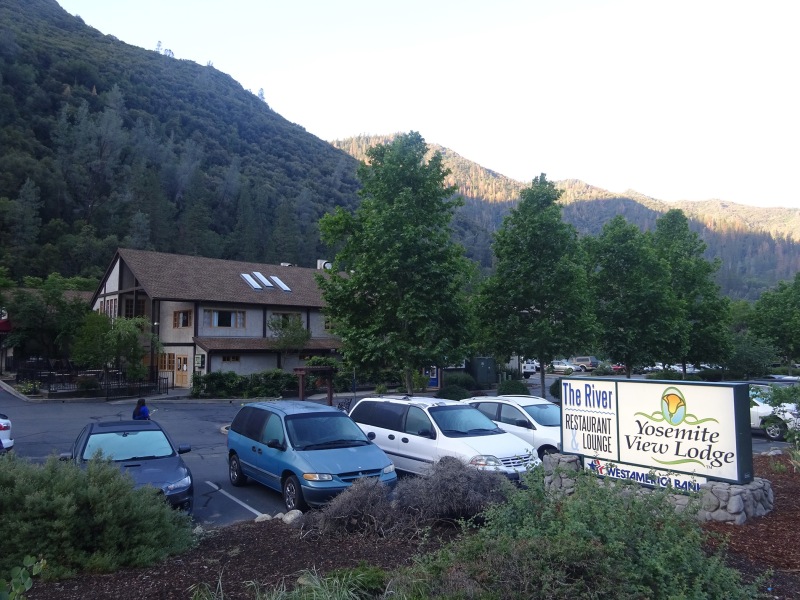 As one of the closest resort accommodations near the Yosemite Valley, the hotel sits the edge of the majestic Merced River, with most rooms providing gorgeous views of the river with a balcony or outdoor spa. 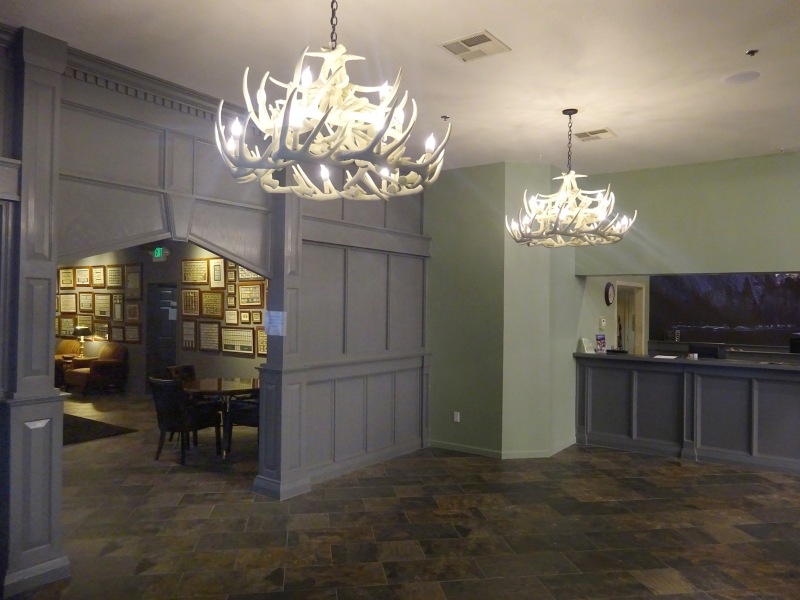 Camping: There are 13 developed campgrounds situated throughout the park to either camp or RV in. Each campsite contains a fire ring, picnic table, and food locker and is near a bathroom with potable water and flushing toilets. Fees range for $6 to $26. You can camp in Upper Pines, Camp 4, Lower Pines, Wawona and Hodgdon Meadows all year round but other sections have specific open dates.

Campsites are operated either through reservations or on a first-come-first serve basis. You must register with the ranger to stay at Camp 4. Click here on where you can camp and the full price list. Camping reservations:(877) 444-6777.

You can also by tickets in advance. An individual pass is $20 and valid for seven days.

Be prepared to show your hard copy pass or digital pass on your mobile device.

It is important to decide which season you would like to visit the park in, as some areas may be closed due to weather conditions and the differing seasons obviously offer different atmospheres and temperatures.

Spring time in the park still has higher elevations covered in snow and the days can be warm but can also be cold and wet.

Summer time in the park is warm and dry with cooler nights. Thunderstorms are frequent in the afternoons. You are more likely to see bears in the summer months as they are out and about feeding themselves up for the winter.

Tip: You can often see frazil ice (small ice crystals of frozen mist) in spring, especially in April, but sometimes in March and May also. This usually occurs in morning time.

Tip: One of the easiest ways to view the park is by taking the free shuttle bus. Parking can be difficult so it’s best to park your car and take the shuttle where ever you need to go around the Valley Floor.

The shuttle provides service around the eastern Yosemite Valley, including stops at or near all overnight accommodations and shops. The bus operates all year from 7am to 10pm. Click here for the route map.

Tip: Yosemite Hospitality offers bus tours year-round, with the tours beginning in Yosemite Valley. Choose from a Valley Floor tour (2 hours and costs $36.75 per adult). Glacier point tour (4 hours with a one-way ticket costing $26 per adult and a round trip costing $52). Tuolumne Meadows tour (all-day) or a grand tour (8 hours costing $102.00 per adult).

All bus and tram tours depart from Yosemite Valley Lodge, under the covered driveway across the street from shuttle stop #8.

It is advised that you board the tour no later than 15 minutes prior to your scheduled departure time.

Retrieve your tour tickets from the Yosemite Valley Lodge Tour and Activity Desk at least 30 minutes prior to your tour departure time.

One of the world’s toughest challenges for climbers, El Captain is 3,000 vertical feet of sheer rock granite.

It can be best viewed from either Tunnel View, off State Highway 41, or from El Capitan Meadow, located off Northside Drive, past Yosemite Valley Lodge.

Tip: The El Capitan shuttle stops at El Capitan, Four Mile trailhead, and the Valley Visitor Center. The bus operates from mid-June through early October from 9am to 5pm.

A granite dome at the eastern end of Yosemite Valley, Half Dome is nearly 5,000 feet above Yosemite Valley and 8,800 feet above sea level. It is a 14-16-mile round-trip hike. The most famous part of the hike is the ascent up the cables, which enable hikers to climb the last 400 feet to the summit without rock climbing equipment.

Tip: If you plan to hike Half Dome, you must have a permit.

The road ends at Glacier Point with a short walk to the viewpoint.

Glaciated granitic bedrock dominates the Tuolumne Meadows landscape, which is one of the largest high-elevation meadows in the Sierra Nevada.

The meadows are nearly two miles, with the Tuolumne river winding through it as granite peaks and domes overlook the area.

Tip: If visiting the meadows in the evening, take mosquito repellent!

Located in the heart of Yosemite at 9035 Village Drive, the Yosemite Valley Visitors Center offers guidebooks, souvenirs and maps.

Take a trip back in time and look at the Indian Village of the Ahwahnee behind the Yosemite Museum.

Bark-covered homes were used by Miwok people living in Yosemite Valley. the homes were long-lasting as they were built on a framework of pine or cedar poles lashed with grapevines. You can visit the Chief’s House and Ceremonial Roundhouse. 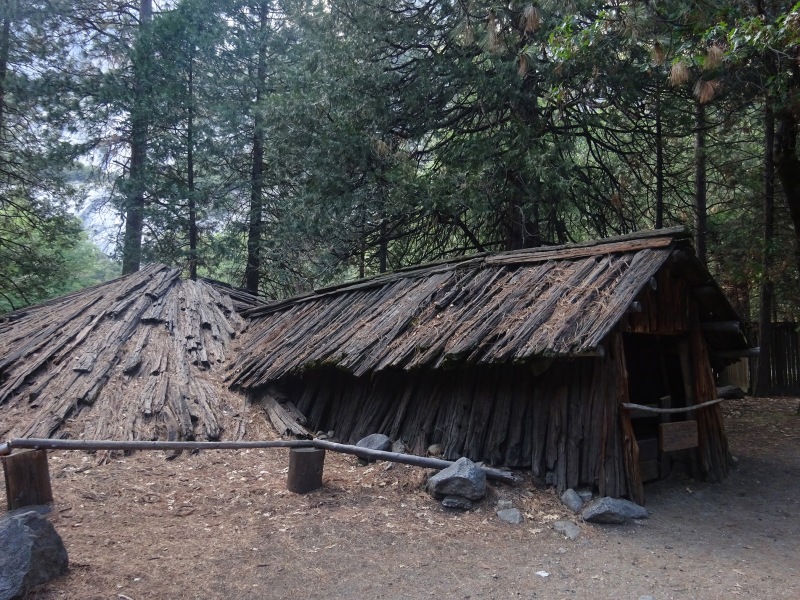 Part of North America’s tallest waterfall, Lower Yosemite Fall is a 320-foot (98-meter) drop. Walk onto the footbridge near its base and see views of both Upper and Lower Yosemite Falls. The trail is labelled as ‘easy’ and takes around 30 minutes.

The paved loop trail offers different vantage points of Yosemite Falls and Yosemite Creek. If walking from the Valley Visitor centre, follow the bicycle path to shuttle stop #6 and begin the trail. 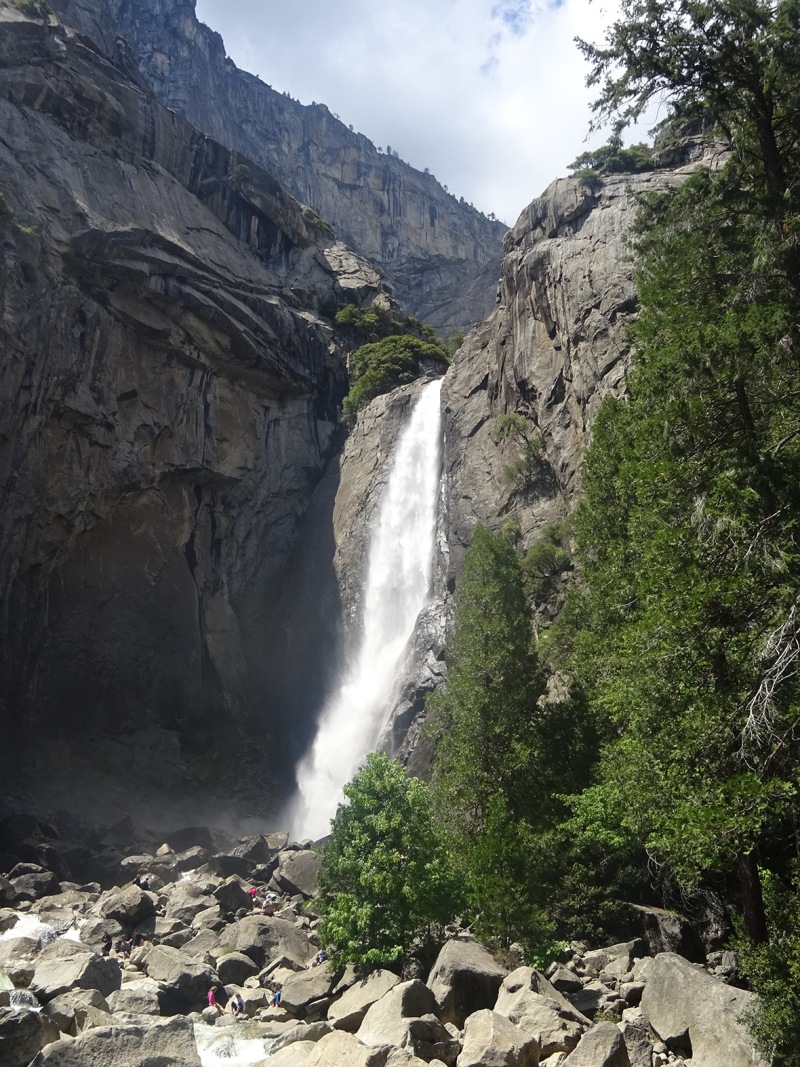 The trail to Lower Yosemite Fall is open year-round, the water is at its peak in spring and early summer. This waterfall is often dry from late July or August through October. During the winter, be prepared for icy conditions.

How to get there:

By YARTS: The Yosemite Area Regional Transportation System (YARTS) provides a great alternative to driving to the park. During the winter, YARTS is an easy way to access the park along State Highway 140 from your hotel. YARTS also runs along State Highway 41 in the summer months, so you can hop on the bus to the park from the Yosemite/Fresno International Airport (FAT). The entrance fee is also included in the YARTS bus price.

The quickest way to get from San Francisco to Yosemite is by car. Head about three hours east to Mariposa for the best route into the park.

The closest airport to the park is the Merced Regional Airport. This airport is smaller than Fresno but offers reasonably priced return flights from Oakland International Airport and less overall driving time to the Valley.

From San Fran Airport, head southbound US 101, then take CA 92 East to I-580 before getting on I-5 South. Proceed to CA-99 South in Merced before continuing on State Highway 140 into Mariposa.
From Mariposa the closest entrance is on CA-140, or the Arch Rock Entrance.

Tip: If driving, arrive before 9am, after which parking is usually full. If you arrive after 9am on weekends you will probably have difficulty parking. Parking is available at Yosemite Village, Half Dome Village (formerly Curry Village), and near Yosemite Falls.

Tip: If driving through the park, be aware of heavy traffic in the scenic routes. Schedule to enter the park at non-peak hours and if visiting during the summer months, the best time to drive through the park is before 10.00 am or after 4.00 pm.

Catch a Bay Area Rapid Transportation train at San Fran Airport and take it into Richmond, California, where you can catch an Amtrak to Merced and then onto Mariposa.