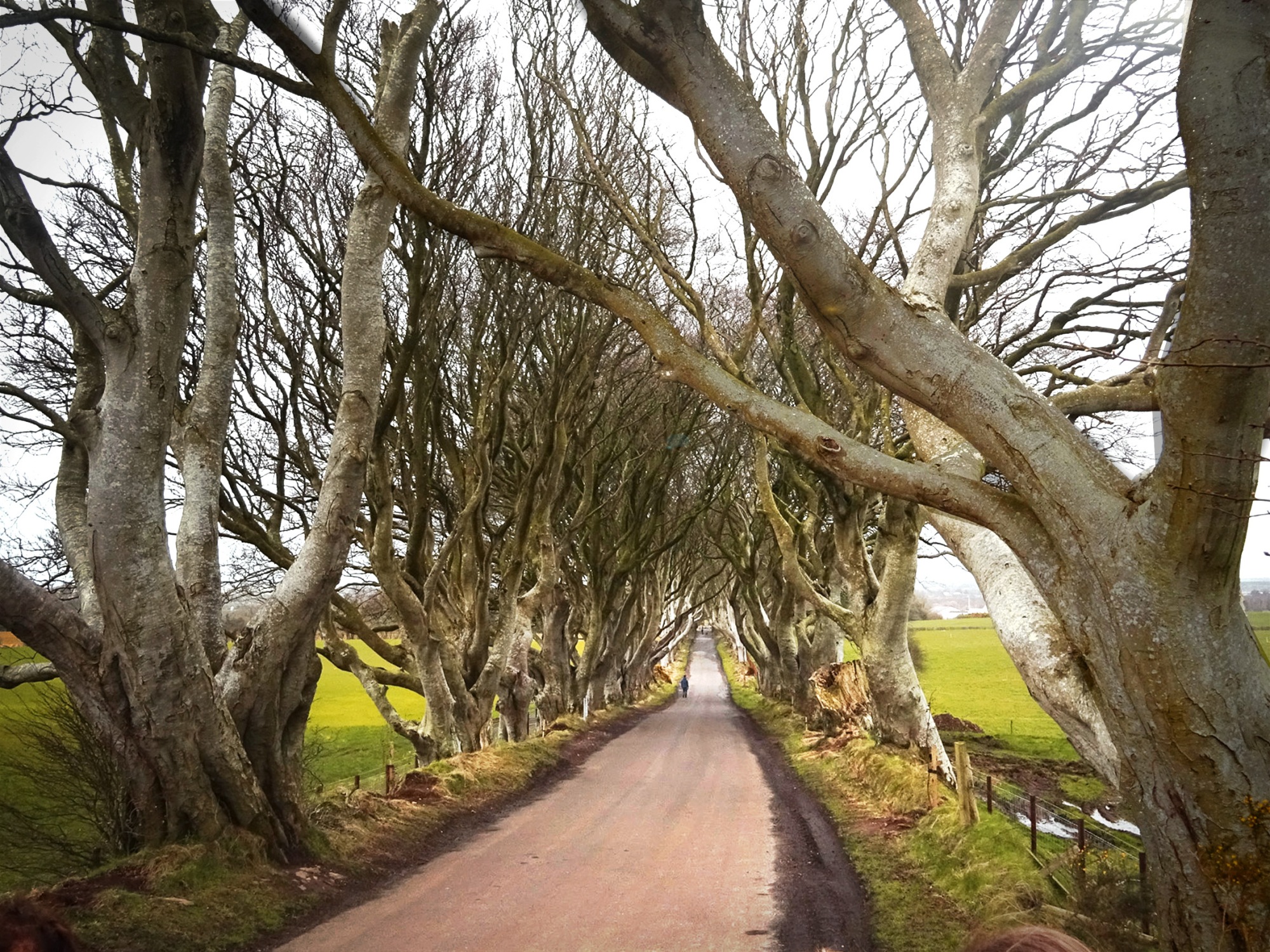 So here at In 4 the Long Haul, we tend to get a tiny bit obsessed over things. From Harry Potter films and locations to trekking to Northern England to find puffins, anything that either Joe or I mildly like will soon form into a major obsession that we over-zealously commit to.

And the TV hit show Game of Thrones is no exception. I’m sitting here at the moment drinking from my ‘Winter is coming’ mug’. Um.

Having visited Northern Ireland, Malta and Iceland, where some of GoT is filmed, we decided to succumb to our inner geeks and sight see some of the places that inspired the HBO mega series.

As the show comes to an end, we’ve marked some of the places fans can visit.

While production of the show is headquartered at the Titanic Studios in Belfast, Northern Ireland’s craggy castles, ice-cold coast and rugged landscape provided amazing backdrops to the series.

Location: Bregagh Road between Armoy and Stranocum in County Antrim
Scenes: Ayra’s escape from King’s Landing to the North and the location used to film scenes on King’s Road

Location: Ballycastle
Scenes: Catelyn Stark meets King Renly. Brienne of Tarth is introduced. It is also where she fought Loras Tyrell (and won).

Location: Bryansford, near the town of Newcastle
Scenes: Wolfswood and Haunted Forest

Location: County Londonderry
Scenes: Dragonstone where the Seven Idols of Westeros were burned

FYI… The largest ever GoT public display opened in April and runs to 1 September 2019 at TEC Belfast. The exhibition includes props, costumes and settings from all seven seasons. Click here for more.

Yes, while Kit Harington and others were freezing their little socks off in Northern Ireland, Emilia Clarke et al were living it up in the Mediterranean country of Malta. Hard times! Characterised by fishing villages, ancient forts and crystal blue waters, the region was a perfect setting for filming.

Location: Mdina
Scenes: The entrance and balcony to Little Finger’s brothel and the Street of Steel

Location: Valletta
Scenes: The Gate of the Gods of King’s Landing

FYI… The Azure Window in Gozo used to film Daenerys and Drogo’s wedding scene sadly is no longer there after it collapsed in stormy weather on 8 March 2017.

With breath-taking scenery, teeth-chattering waterfalls, caves and black beaches, the country’s otherworldly nature was a fitting place to film the fantasy drama

Location: Snæfellsnes peninsula, near the town of Grundarfjörður
Scenes: Jon Snow, The Hound and Jorah Mormont brave the wilderness in hopes of catching an undead wight

Location: Reykjavík
Scenes: When Arya and the Hound part ways

Location: East of Reykjavík
Scenes: Littlefinger and Sansa travel to the Eyrie and the castle which guards the western edge of the Vale of Ar ryn

Other places to visit to feed your GoT cravings