One of the US’ best-known Native American battlefields, visit to understand the complex history and stories of this mighty fight

Little Bighorn Battlefield national monument memorialises the US Army’s 7th Cavalry and the Lakotas and Cheyennes in one of the Indian’s last armed efforts to preserve their way of life. 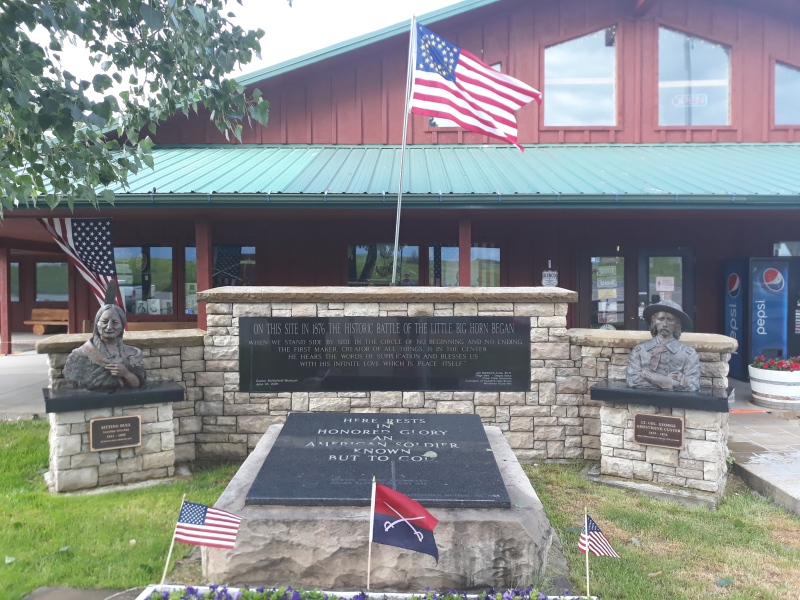 The famous Lt Col George A Custer and over 260 soldiers of the US army died fighting several thousand Lakota and Cheyenne warriors in June 1876. 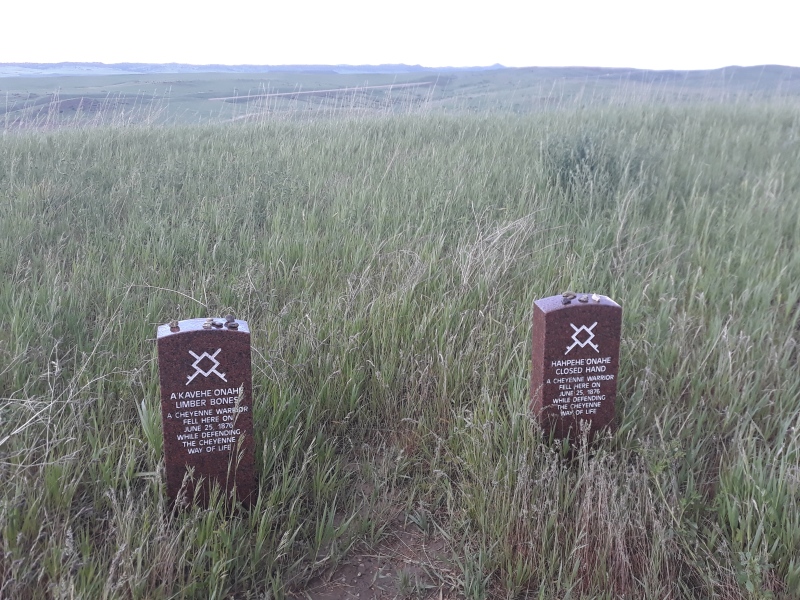 Fought along the ridges and ravines of the Little Bighorn River, in south-central Montana, the battle depicts the clash of two cultures: the industrial/agricultural based culture of the US versus the buffalo/horse culture of the northern plains tribes. 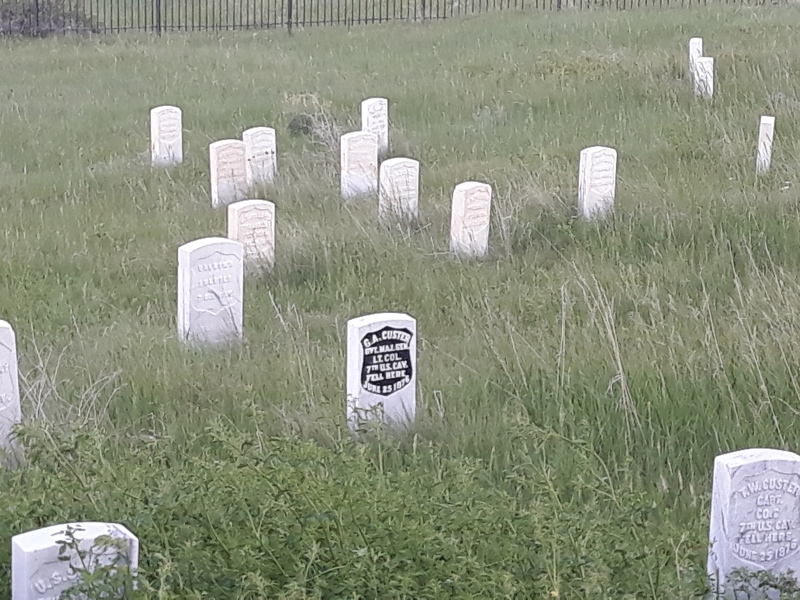 The fight was a behemoth victory for the Lakota and Cheyenne, but Custer’s death was a turning point for the US to surge their efforts to force native peoples onto reservation lands. 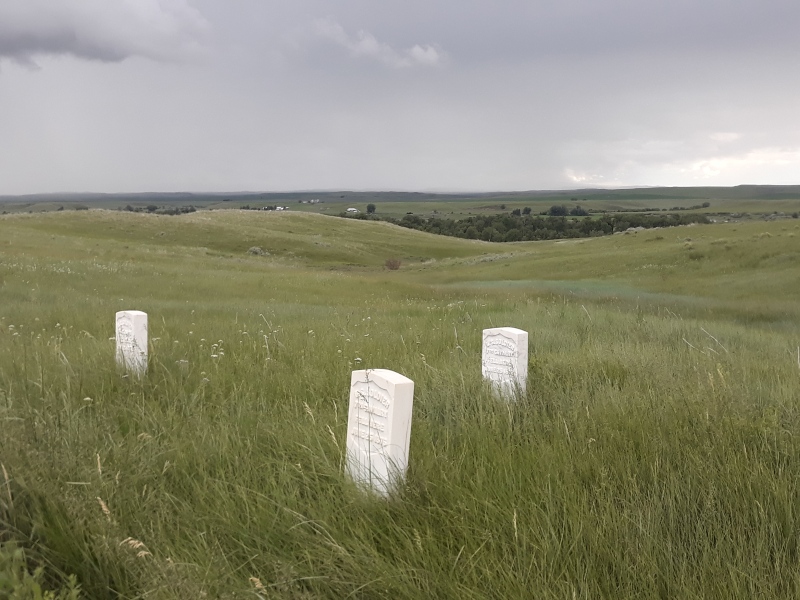 In 1879, the Little Bighorn Battlefield was designated a national cemetery administered by the US War Department.

Take a trip to this special monument to either walk down the ravine or drive the Battlefield tour. 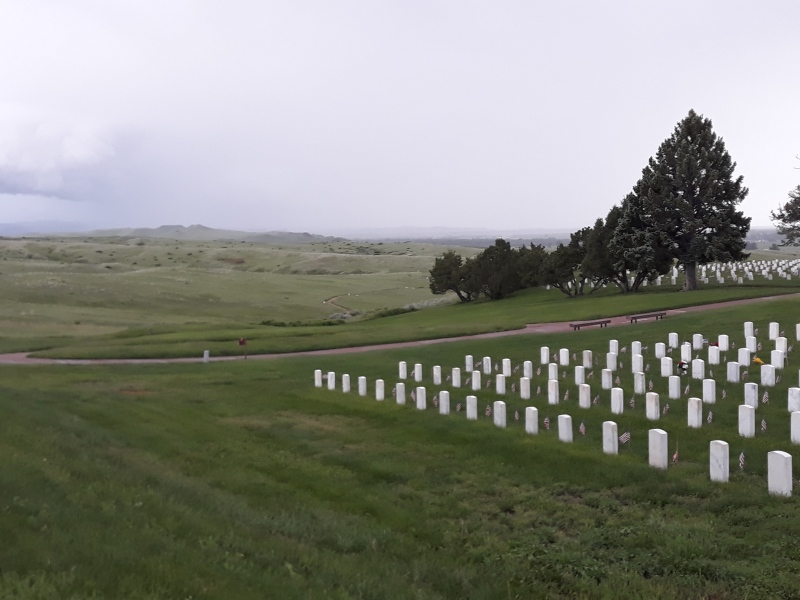 Airport: Billings Logan International Airport is located 65 miles NW of the park and Sheridan airport, Wyoming, is 73 miles to the South.

Drive: From Billings drive on interstate 90 east 1.07 hours to Crow Agency. Take exit from I-90 E and continue on US-212 E to Little Bighorn Battlefield.

The national monument is open year-round. However, it is closed on the following holidays: Thanksgiving, Christmas and New Year’s Day.

The park does operate on seasonal hours, so click here for the season you’ll be visiting. Note that there are different entrance gate opening times and differing trail times.

The route of the current Deep Ravine Trail began after the Battle of the Little Bighorn in 1876, when Army personal buried 7th US Cavalry soldiers on the field and erected temporary wooden stakes made from tipi poles to mark each site.

By 1879, heavy rains and erosion exposed the burials, which prompted annual maintenance of the site and additional re-interments.

Some of the Lakota and Cheyenne families and tribal members also marked the casualty sites of their loved ones who died in the battle with small stones cairns.

You can drive the 4.5-mile tour road (Reno-Benteen) and listen to the phone audio tour along the way, telling the story of the Battle of the Little Bighorn.

The phone stops consist of multiple stops along the road and you can listen to soldier and warrior narrations. There are further phone stops are located in the National Cemetery and Last Stand Hill.

Use your phone and enter the number found on the posted signs to learn what is significant at that location.

Tip: These are stops on both the walking tours and the tour road which can be accessed in any sequence. Dial (406) 214-3148 then a sequence number. There are 30 sequence numbers and stops. 4 is the Warriors at Last Stand Hill, 11 is Crazy Horse charge, 13 is Custer National Cemetery, 19 is Reno valley and retreat and 23 is the Hill Top fight. For more on the stops, click here. 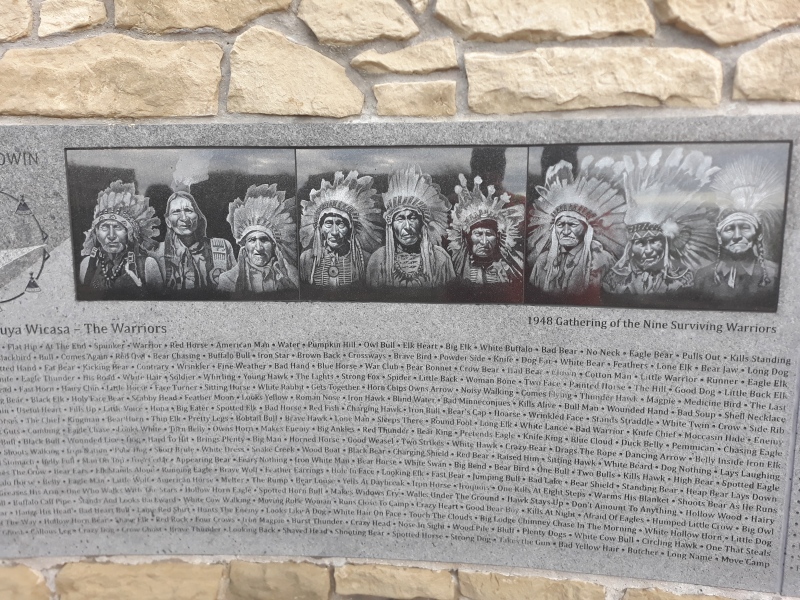 In 1991, US Congress ordered the construction of an Indian Memorial and in 1996, the National Park Service launched a national design competition for the memorial’s design. 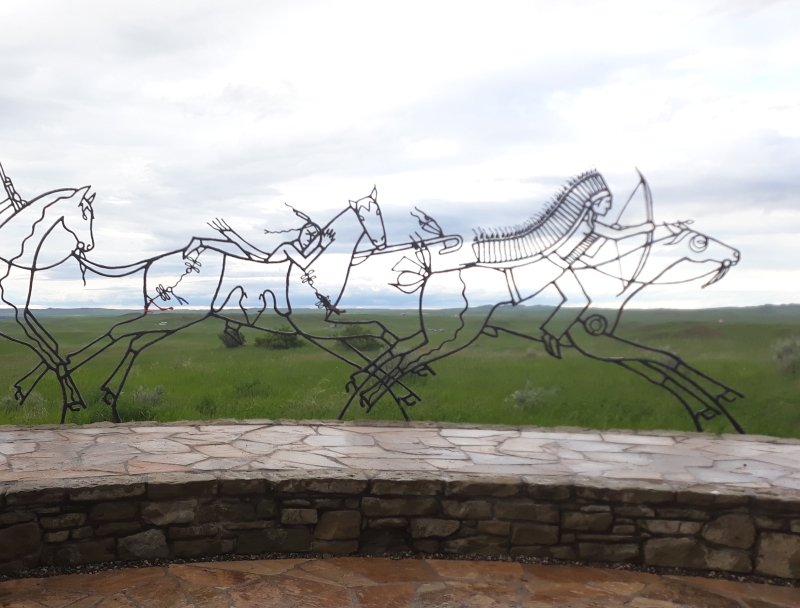 In 1997, the winning design called ‘Spirit Warrior’ was announced and in 2003, the memorial was built to honour all of the tribes defending their way of life at the battle.

On 28 June 1876, three days after the battle, survivors of the 7th US Cavalry under the command of Major Marcus A Reno, began burying Lieutenant Colonel George Armstrong Custer’s command.

In 1881, a granite memorial was erected on Last Stand Hill to honour the soldiers.

Custer National Cemetery was created after those killed in battle were already buried here. General Custer was re-buried at West Point.

In order to protect the soldiers’ graves, General William Tecumseh Sherman issued a general order 1879, designating part of the Custer Battlefield as a national cemetery. 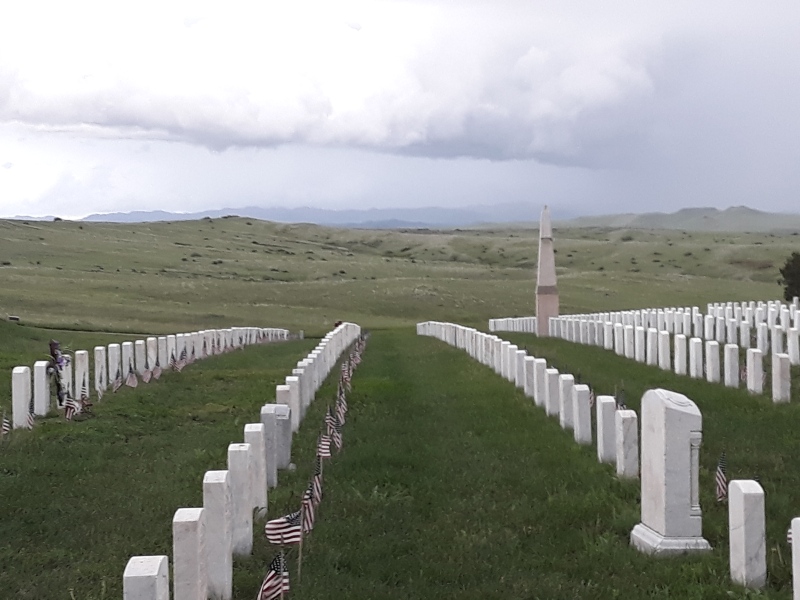 Tip: You can attend a 30-45 minute ‘Battle Talk’ programme given by a park ranger. (Scheduled starting Memorial Day and ends 1 October).

Camping: Grand View campground is a camp close to the battlefield, with rates based on 2 adults and 2 children (age 11 and younger). There is a limit of 6 people per campsite.

A small tent costs $30 per day, with electric, water and picnic table included.

Hotels: Montana is the closest place to stay as it’s only 12 miles north of Little Bighorn Battlefield.

Bilings is 65 miles north west and Wyoming is 75miles south.