Half way into our trip in 2008, we made our way to New Zealand. Starting off in the South Island we experience the amazing Māori culture, national parks and getting the hang of going to auction!

Christchurch was our next stop and we were a bit in the dark as to where we were going to stay. During our days in Alice Springs, we bumped into a lady who weirdly came from Saltash, Cornwall, a few miles from where I lived in Yelverton, Devon.

After many conversations about her home town and history, she offered us a room in her house, slap bang in the middle of Christchurch. Catherine and I, after much discussion took her up and now, we were in Christchurch and hoped she would remember us! 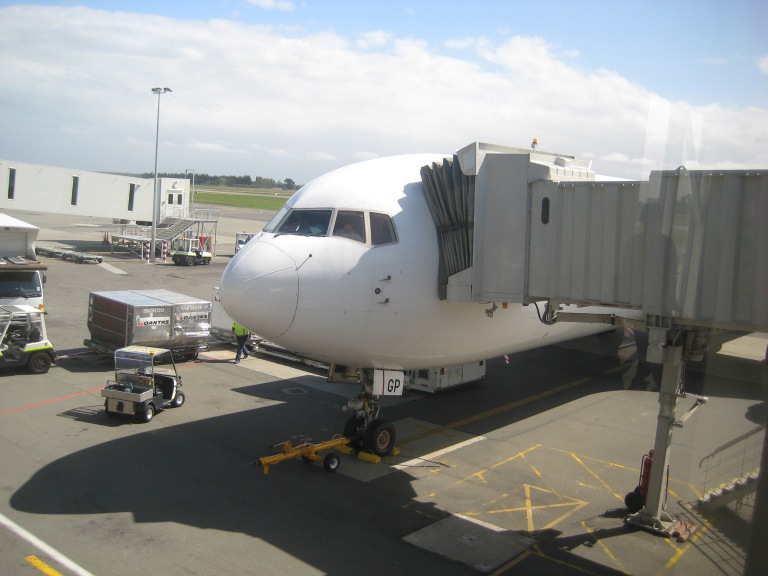 After a few phones calls along the way in Australia, with no response, we landed blind. And as we walked through the arrival gate at Christchurch airport there was no sign of her. Thinking we had nowhere to stay for the weeks we were in the city, we gave here another go. Catherine found a payphone and rang the number again, no answer. To be fair, Alice Springs was a long time ago and the worry was we might not remember what she looked like.

After about 10 minutes, a lady walked through the door and greeted us warmly. This was her. Getting into her Jeep and racing around South Hagley Park, through the streets of downtown Christchurch, we noticed how much it reminded us of England, apart from the glorious weather!

Maria’s house was in the Spreydon neighbourhood, south of the centre. As she opened the door we were greeted by a few of her lodgers. Pit was a Māori who was working in the city. He had travelled to Europe for a few years and so we had a lot to talk about. Our room was in upstairs in Maria’s house, which was a great size with an ensuite… heaven after sleeping in cars and hostels over the months.

The days in Christchurch were great. Walking to the centre took 30 minutes and it was just nice walking through neighbourhoods and seeing where and how locals lived. The city centre was very spread out and built around driving. 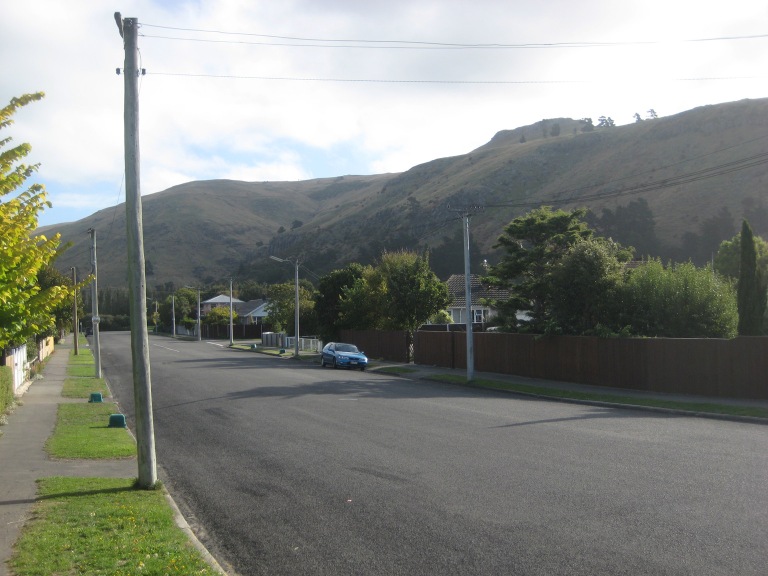 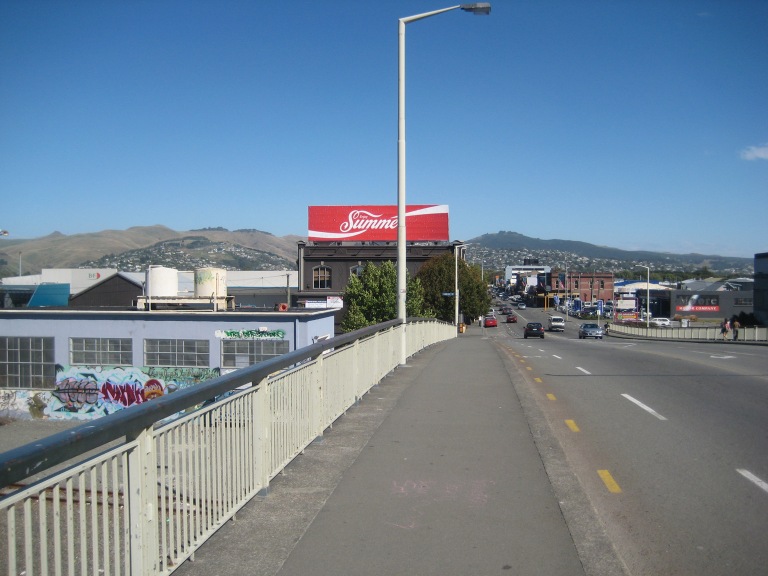 Our first stop was the cathedral, which inside and out is amazing building. The botanical gardens and car hire were next on our list as we had no way of getting around the South Island. The car was imperative, as our flight out was in Auckland with months in-between.

Catherine wanted to visit Hanmer Springs and so we caught a van from the centre, 1.30 hours and had a great day in the hot water park, enjoying the natural springs.

Maria took us to see New Brighton on the coast of Christchurch, which was very pleasant. With a pier and a long beach, you can see why the people of Brighton in the UK feel at home here. The best bit though is that the beach is made of sand and not pebbles.

Summer was next, the neighbourhood southeast of Christchurch near Godley Head Park.

Catching the bus there was an interesting journey out of the city and along the beautiful coastline. With the Sumner Scarborough Clock Tower and Tuawera Rock to walk around in the water, it was a well-earned rest. 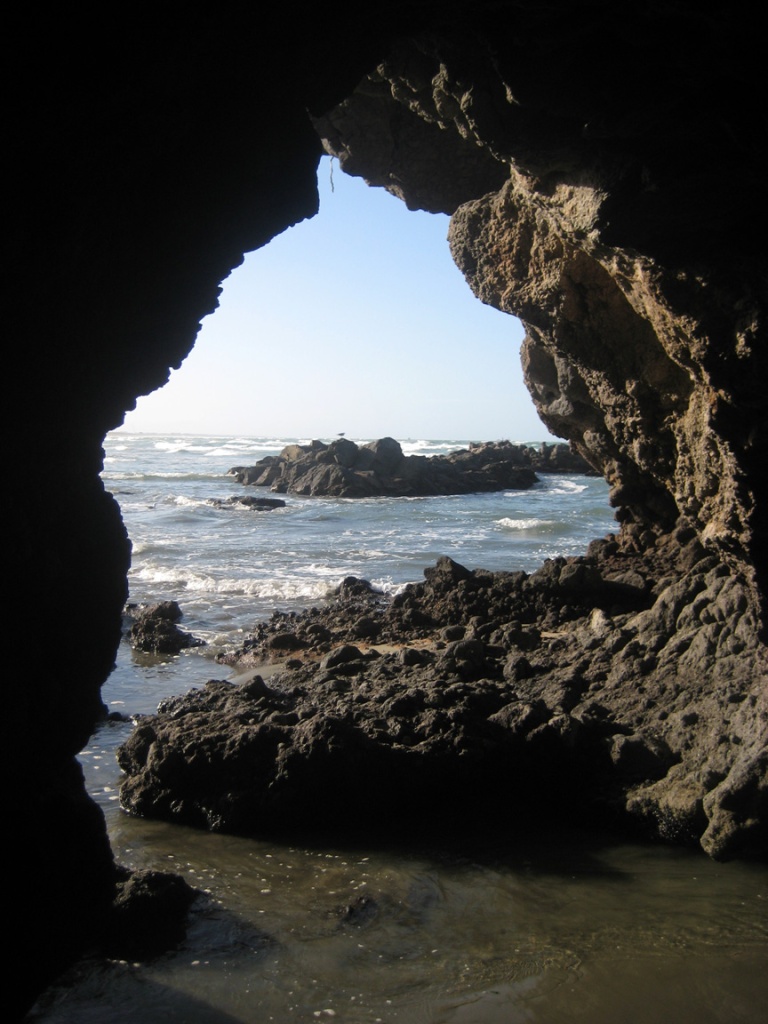 Back in Christchurch we had one last day to look around and then it was time to make a move.

A visit to Willowbank Wildlife Reserve to see the Ko Ko Tane Maori Experience was a must, and a great way to spend our last evening..

We said goodbye to Maria and caught a bus to Hertz rentals to pick up the car.

Catherine and I had chosen the car hire as it was a touch more expensive but less risk than the other options. One option was to use public transport, trains or buses, but these were slow and few and far between.

The second option was to do what my sister had done when she had visited – going to a traveller auction in downtown Christchurch to buy an old banger and sell it in the equivalent in Auckland. This is a great way to travel New Zealand, as you sleep in the car and only pay for fuel. But it means you hope to sell the car at roughly the same price just before you fly.

Catherine and I did go to the auction warehouse in the south of the city where there were two or three old bangers parked up. The asking price was steep, and we decided to go and find the smallest, cheapest rental that would actually last the trip. You don’t want to break down in the back end of New Zealand with no phone. (This was pre-mobiles).

As we loaded up the car with our bags and got used to the controls, we came to terms that this was our living quarters for the next few weeks. The journey started well! We were meant to drive down route 1 but ended up on route 75. 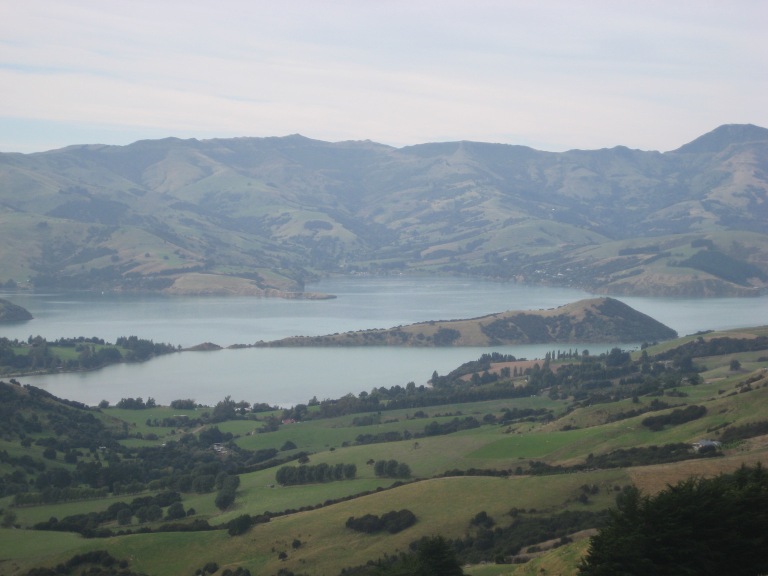 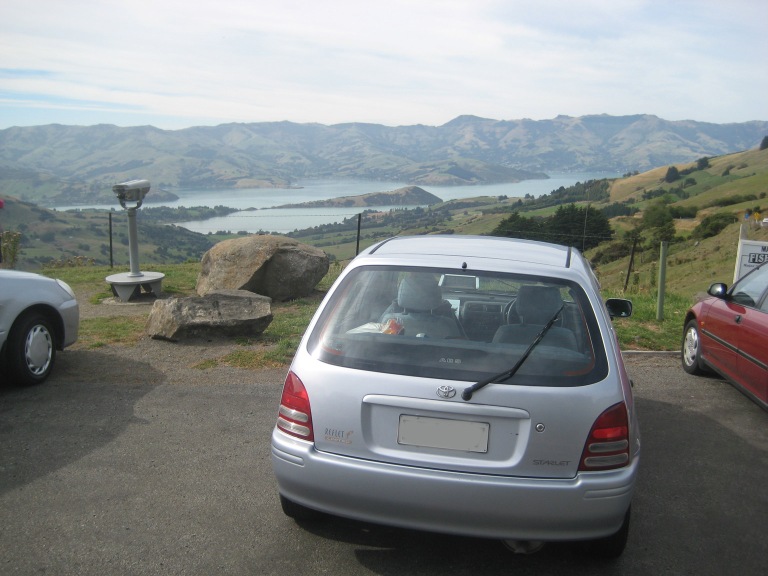 While chatting we didn’t notice until we got to Barrys Bay. This was no bad thing as it had great views over Robinson Bay, Takamatua and Akaroa. We returned through Springston and finally got onto Route 1. With the Veronicas’ Untouched belting out (thinking it was Avril) we were finally on our way. 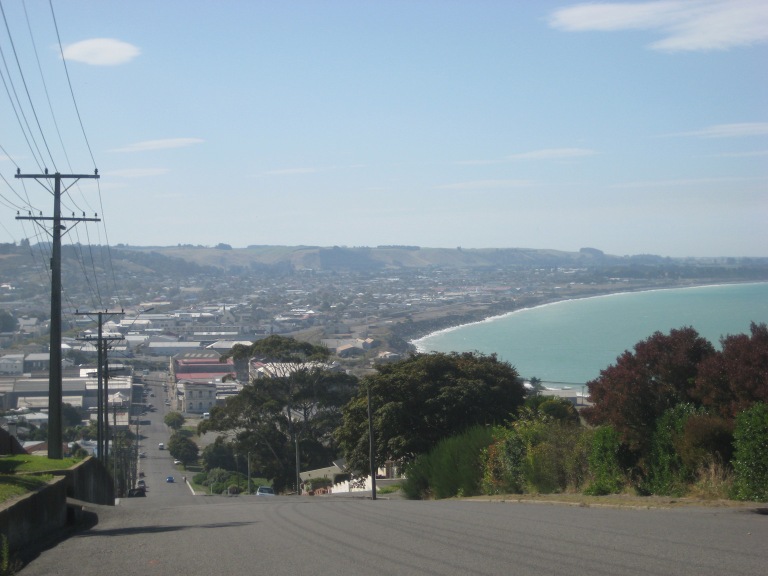 The Moeraki Boulders was a great place for lunch. These unusual rocks are large spherical boulders lying along a stretch of Koekohe Beach. They are scattered either as isolated rocks or in clusters and are protected in a scientific reserve. 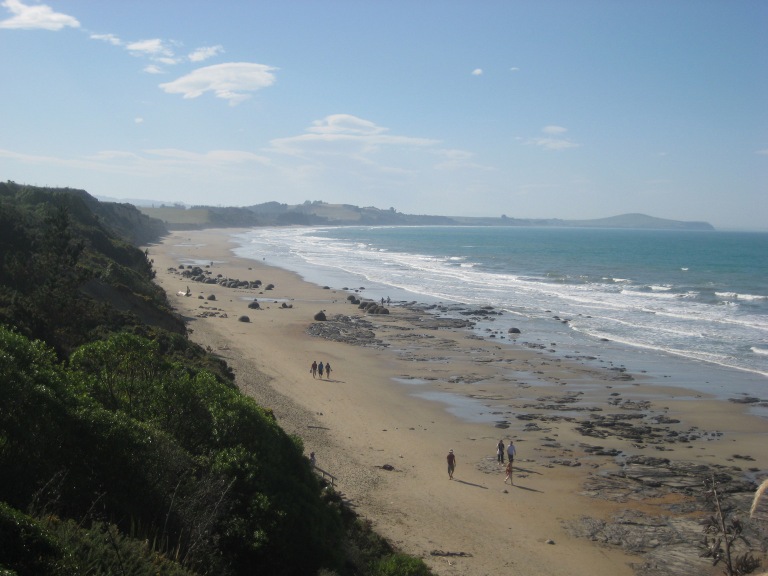 Local Māori legends explained the boulders were the remains of eel baskets, calabashes, and kumara washed ashore from the wreck of Arai-te-uru – a large sailing canoe. With free parking and a café to take in the views, it was a great stop to take a break from the driving.

We ventured on to Dunedin, the rugby town of the south. Situated in the Orago region, it is the second largest city of the South Island. Its name comes from Dùn Èideann, the Scottish Gaelic name for Edinburgh the capital of Scotland.

Archaeological evidence points to lengthy occupation of the area by Māori prior to the arrival of Europeans. Captain James Cook stood off what is now the coast of Dunedin in 1770 and witnessed seals and penguins. We weren’t as lucky, but the city was very tranquil. The end of the day was calling, and we were desperate for a campsite and some sleep. With only a map to guide us and the darkness falling, we need to find a DOC camping ground.

As we turned off Papatowai Highway and cruised towards Purakaunui Bay Campsite, we felt very isolated and lost. Just as hope was fading, the campsite came into view. Waking up with the rugged coastline in full view through our windscreen was an amazing start to the day. Waves crashed up against the rocks in front of us as we tucked into our breakfast. 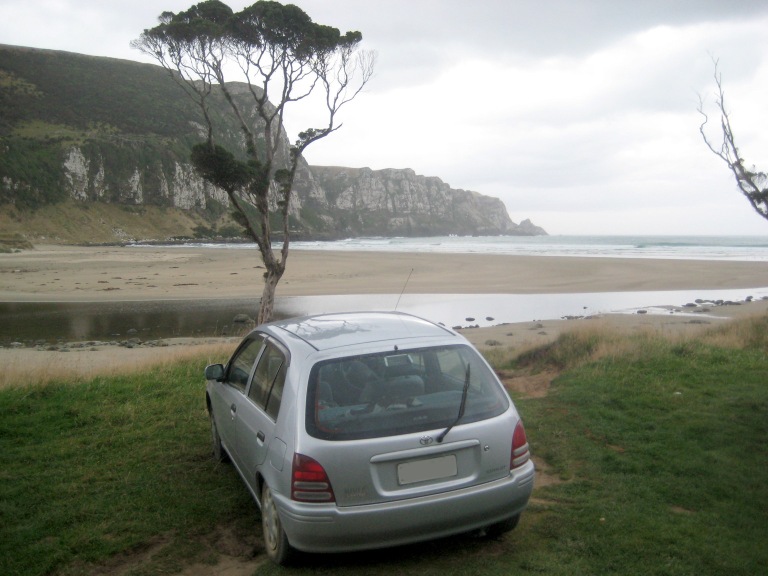 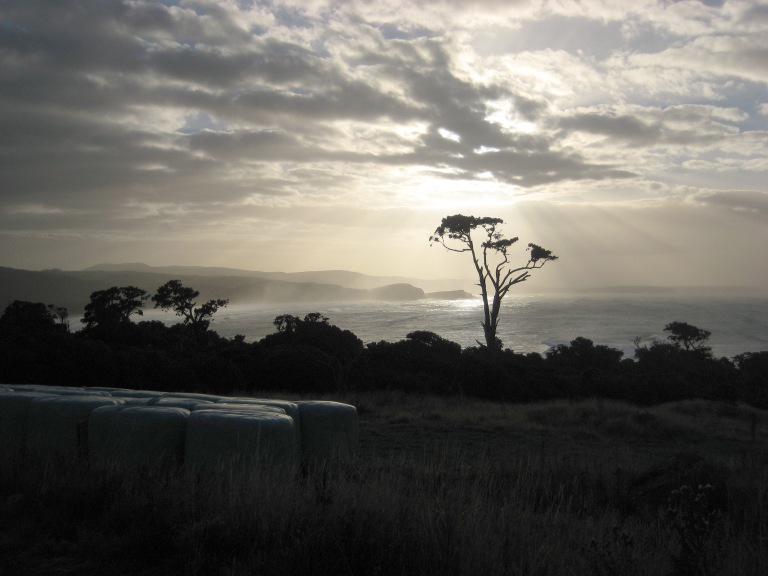 The car was low on fuel and we needed to fill up desperately. As Catherine and I drove towards Invercargill for the next stop, all the garages were closed. Suddenly it dawned on us, it’s a Sunday. Luckily, at Fortrose Cafe and Restaurant there was one pump, and was operating to our relief. A day in Invercargill is not a waste. Many of the street names are names from rivers in the UK, mainly Scotland. The city grew because of whaling in the 1860s.

The word Inver comes from the Scottish Gaelic word inbhir, meaning the mouth of a river. Cargill is in honour of Captain William Cargill, who was at the time, Superintendent of Otago, of which Southland was than part of. Invercargill is the southernmost and westernmost city in New Zealand, and one of the southernmost cities in the world. It is the commercial centre of the Southland region.

The city lies in the heart of the wide expanse of the Southland Plains on the Oreti or New River. The drive to Te Anau via Monowai and Whare Creek with views of Fiordland National Park is a fantastic road.

To start with, Te Waewae Bay was a fantastic bay with crashing waves and a thunderstorm rolling in. Manapouri is a remote town on the edge of Lake Manapouri with great views of the Fiordland mountains behind. A 20-minute drive north we got to the village of Te Anau. 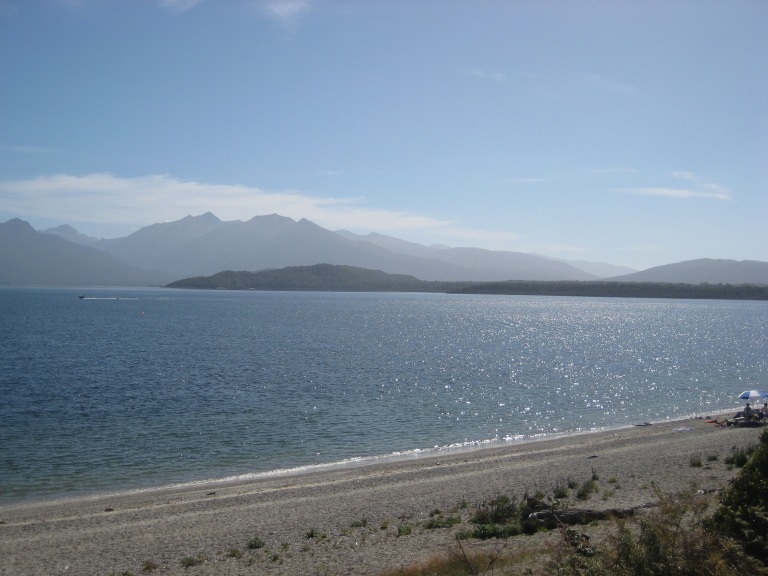 At this point, Catherine and I needed a to think about the next part of our journey. Over an ice cream at The Moose Bar & Restaurant, looking out at Lake Te Anau, we decided that we needed to fill the Toyota to the brim with petrol, because Te Anau is the last place to get fuel, which we needed to get there and back.

Once filled with petrol and food/water, we headed north along route 94. About an hour in, after seeing breath-taking mountain range after mountain range, we arrived at Hollyford Track. At the start of this trail is Moraine Creek Bridge and 30 minutes later, Catherine and I arrived at Humboldt Falls. The climb up is gentle, and the wilderness was pleasant for a Monday afternoon. 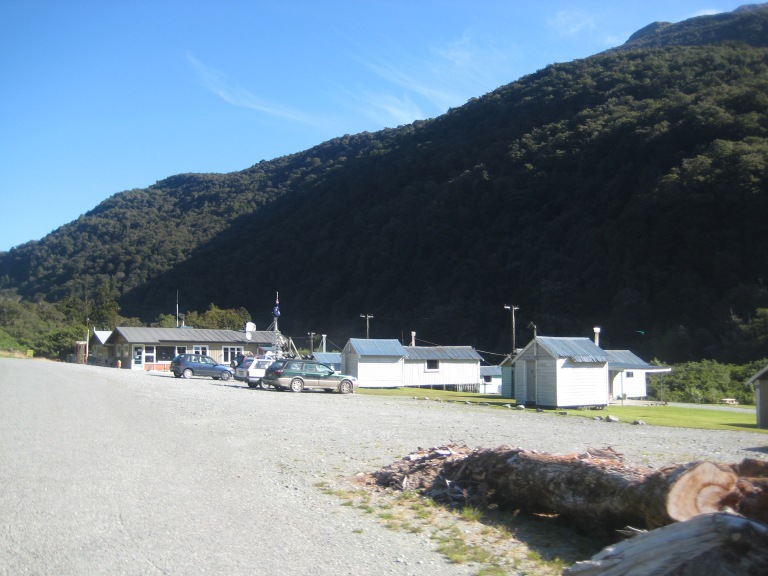 The waterfall is defiantly worth the walk and the views of the surrounding area are fantastic. You are literally in the middle of nowhere.

The evening was drawing in and so we made our way to Lake Gunn Campsite, which was located about 40 minutes from the number one New Zealand attraction –  Milford Sounds.

The campsite is situated between two lakes, Lake Gunn and Lake Fergus, and is an ideal resting place. This was the second time waking up with an outstanding lake view. It wasn’t all bad sleeping in the car! After some breakfast of and a quick dip, Catherine and I headed for the main event, Milford Sound.

Going through the Homer Tunnel and snaking down to the small port at Milford, it reminded me of the alps. New Zealand was very quiet and at the ferry terminal it was very eerie. Parking the car and catching the viewing boat out to the edge of New Zealand’s west coast was very special. 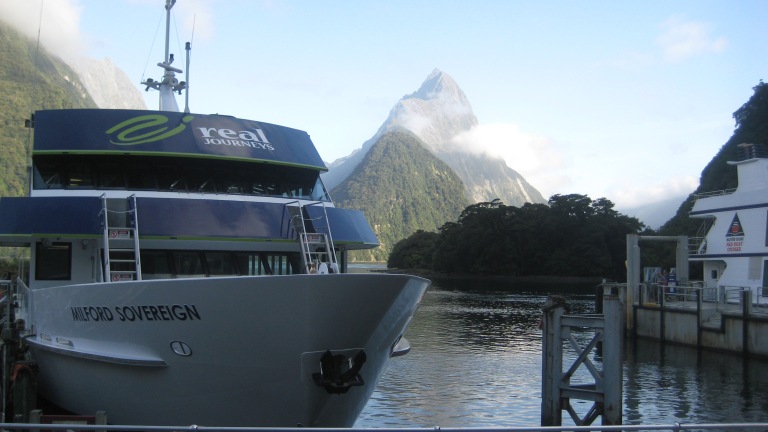 With Catherine going crazy for the waterfalls and the view of the Tasman Sea, as we broke free from the Mount Pembroke and the Llawrenny Peaks, which made us feel like we were on the edge of the world.

It was a great way to start the day. With a cup of tea in the information centre, Catherine and I could enjoy this amazing view. 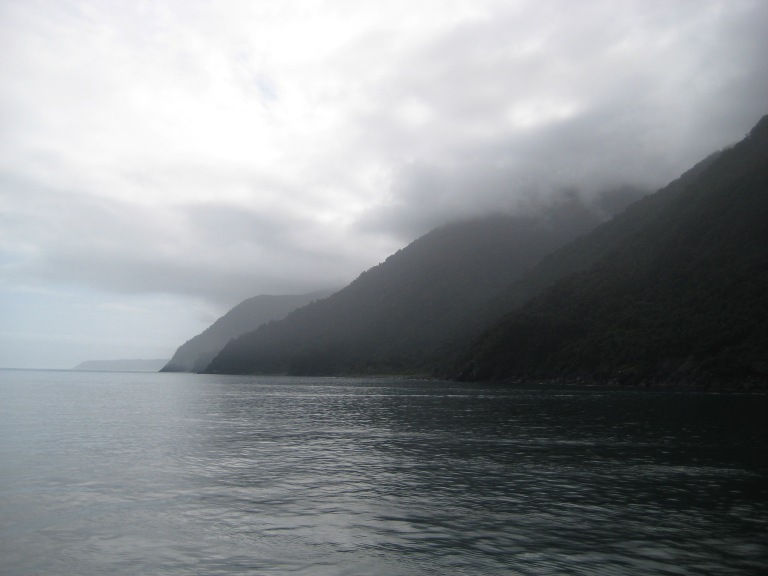 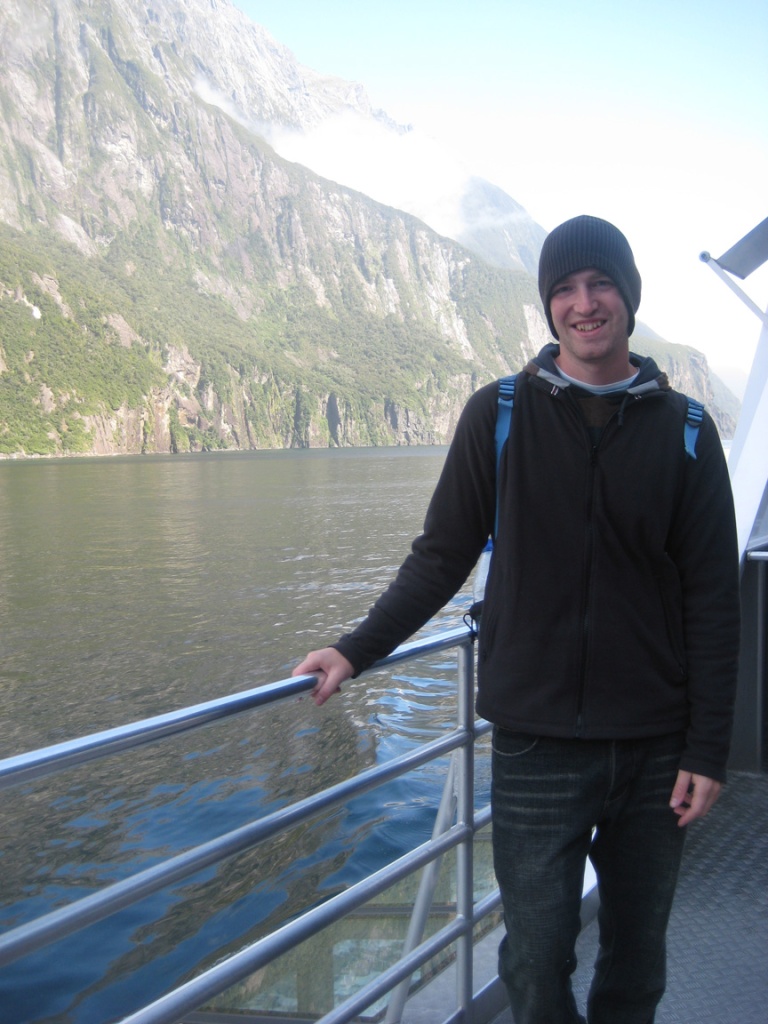 Alas though, with a 4-hour ride to Queenstown, we had to be on our way. 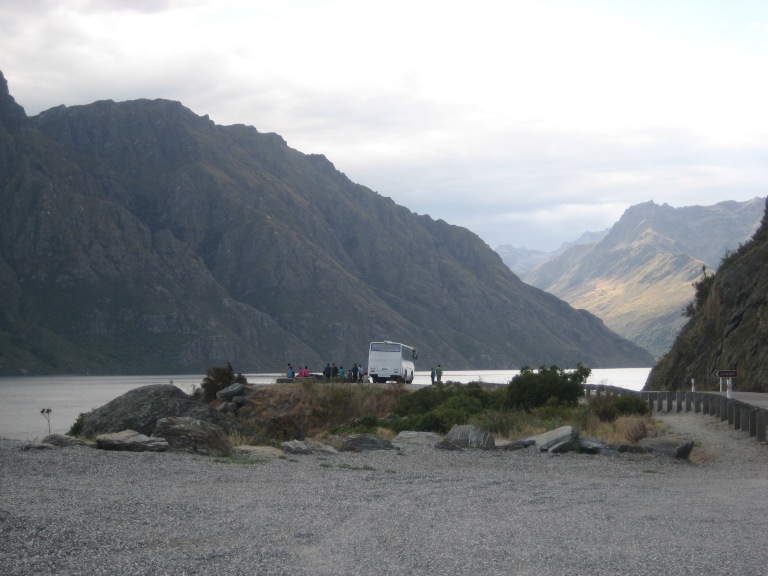