While in the past Albania’s capital has frequented the worst EU cities list, Tirana has since undergone a transformation. Changing from a bleak Stalin era, the city offers big public squares, rainbow coloured buildings and a booming café culture.

A quick ride into the centre, and a walk to the city’s river, we arrived at our place of stay, Sky 2 Hotel. A great mid-range hotel with spacious rooms and a great breakfast to get you on your way. 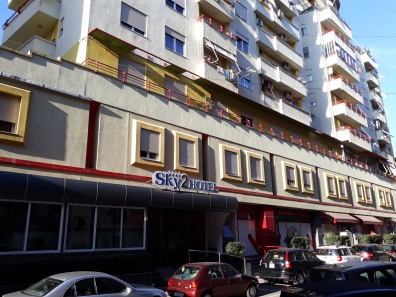 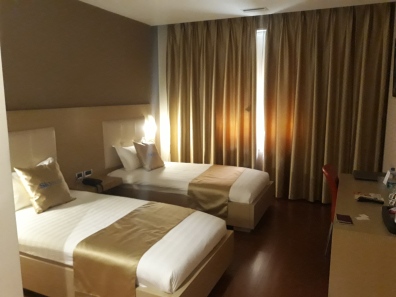 Sitting north on the Skanderbeg Square is the National History Museum. It is the largest museum in Albania and holds most of the country’s treasures. On the top floor, is a gallery dedicated to the communist era.

The main square of Tirana, Skanderbeg Square is the social and cultural centre of this capital city. The Skanderbeg Monument is based in the southern end of the square. Its’ an excellent place to sit and people watch and generally just relax.

The 11-metre statue commemorates George Kastrioti Skanderbeg, the national hero in Albania for resisting the Ottoman Empire. It sits on the Skanderbeg Square, right in the middle of the city.

Known as the Pyramid of Tirana, this museum opened in 1988 and was a tribute to the Albanian dictator, Enver Hoxha. After the regime collapsed, the memorial was converted into a conference centre. The building is now closed but still worth a look.

The mosque is small, elegant and one of the oldest in Tirana. Many of the religious shrines were destroyed in the atheism campaign in the late 1960s. It is conveniently located next to the clock tower.

This museum sits on Mother Teresa Square and houses an extensive collection of important archaeological artefacts from various historic periods. The building also houses a large exhibition that shows the history of Albania.

The clock tower is a great symbol of Tirana and is well worth seeing, especially at night. If you feel like a climb, it has stairs going to the top offering excellent views of Skanderbeg Square below.

This building was once the Communist Party’s headquarters. This is where Enver Hoxha would stand to wave at demonstrators below him during parades and protests.

This bridge is a fine example of Otterman architecture and is a very elegant stone footbridge. With soviet buildings all around, the bridge is a standing testament to Tirana’s development during the 18th century. It is still considered one of the most important cultural heritage monuments in the city. 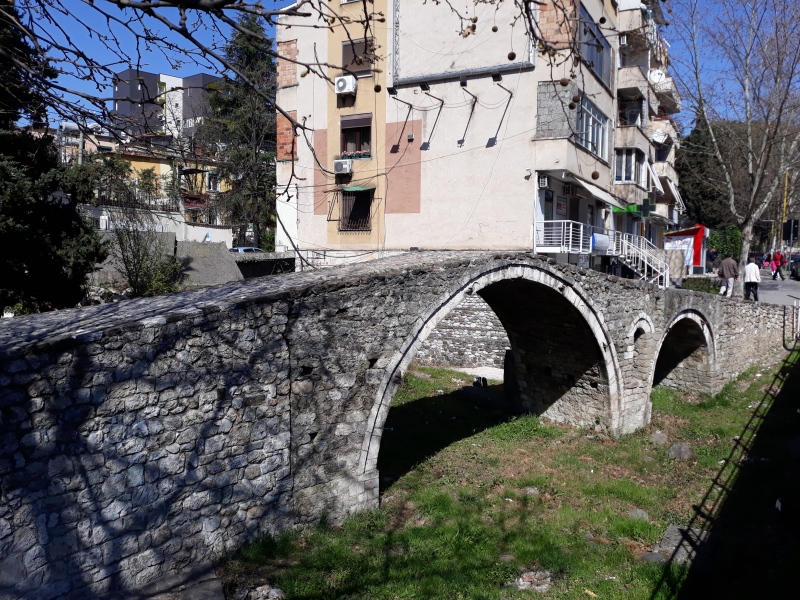 In Tirana’s city centre, there sits the grand Cathedral. It was opened in 2012 to celebrate the 20th anniversary of the revival of the Albanian Orthodox Church and the election of the Archbishop Anastasios of Albania.

If you get to see the bell tower, it is composed of four Paschal candles which symbolise the four Evangelists who proclaimed the Resurrection. With amazing facades on the outside and a beautiful inside, it is a must for any traveller.

The Great Mosque of Tirana

Housed near the Albanian’s parliament building, the construction of the new mosque has been underway since 2010. When completed the mosque will be the biggest in the Balkans.

Another museum worth visiting is the National Gallery of Figurative Arts of Albania. Although small, the different objects give the you a real sense of what life was like back in time.

Several of the paintings are from the communist period and are worth seeing for their size and colour. Also, a quick walk around the back and there are a few statues that used to sit on the Skanderbeg Square, one being Stalin and one Lenin.

The Cathedral is unique in its style of architecture and is a landmark for the Catholic believers in the capital. The building is very young with construction starting in the 1990s and finishing on the eve of the millennium.

This is one of the best things to do in Tirana. The restaurant and bar at the top is affordable and pleasant. The staff are friendly and let you stay as long as you like. 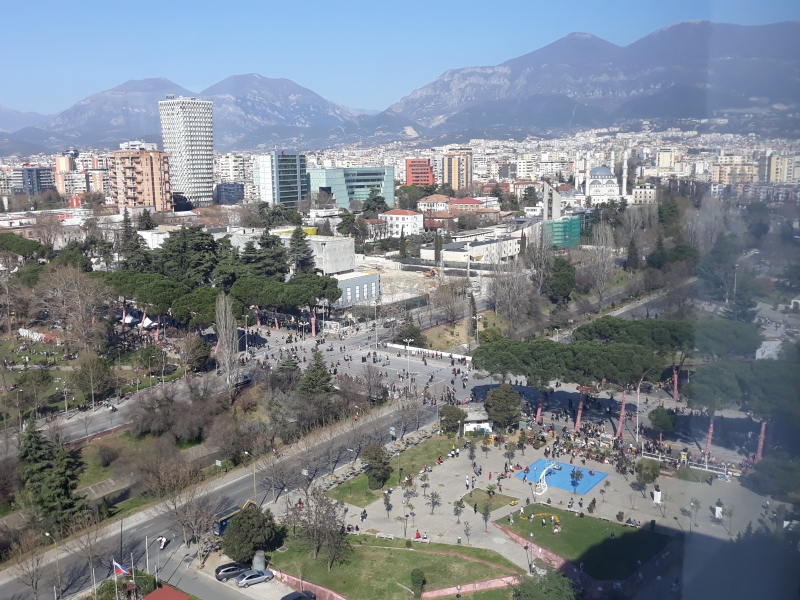 Catching a view of the amazing view from the observation deck is a must, whether it be night or day. The sky bar is a great place to unwind at the end of a busy day. 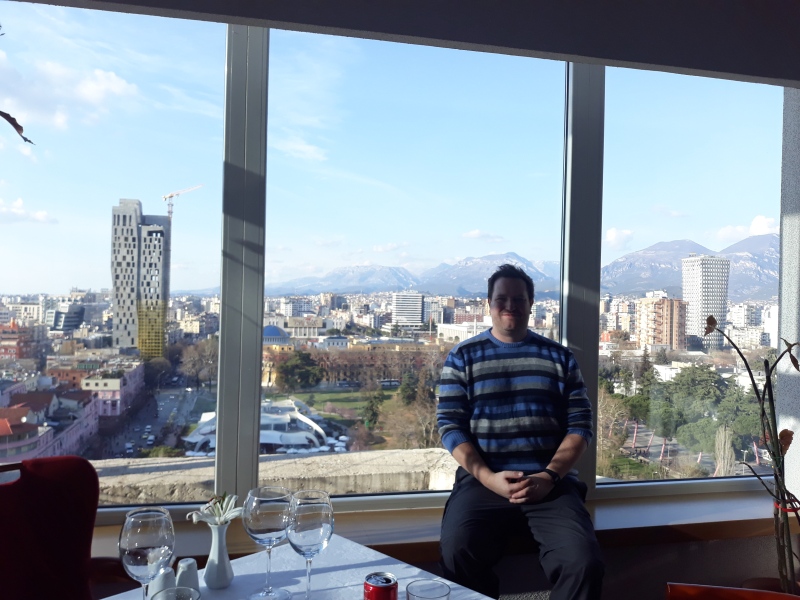 This is just some of Tirana’s best things to see.

For more information on how to plan a Balkans trip, click here.